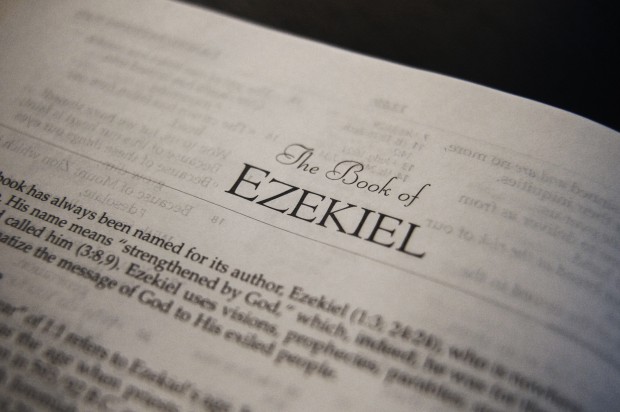 The 37th Chapter of the Book of Ezekiel contains two prophetic messages in verses 1-14, the prophecy of the valley of dry bones that come to life and in verses 15-28, the prophecy of the two sticks and the restoration of the Jewish People as one people. The below will be a brief examination of the historical, cultural, literary and covenantal background of Ezekiel 37:15-28.

Ezekiel was born in Judah during the reign of King Josiah (Smith, 1994, p. 252). Despite Josiah’s heart for God and reforms to rid Judah and Jerusalem of idolatry (2 Chron 34), the Kings of Judah that followed him turned away from God and led to the destruction of Jerusalem and the Temple and the exile to Babylon under Nebuchadnezzar. Ezekiel was called to be a prophet at 30 years old (Ezek 1:1). Ezekiel directed his prophetic messages to the exiles in Babylon and despite the account of persecution of the Jews in Babylon that is accounted for in Daniel 3 it appears that life was pretty stable for the Jews in Babylon (Smith, 1994, p. 253). Despite being in exile the Jewish People were able to stay together in their tribal groups and keep alive aspects of Jewish life and culture that led to many Jewish People becoming so established as Babylonian Jews that many decided to stay in Babylon even after the conquering of the Babylonians by Cyrus and his subsequent order allowing the exiles to return to Israel (Smith, 1994, p. 254).

Ezekiel’s prophesied of events to take place in Jerusalem and not Babylon (Smith, 1994, p. 253). Given that the Jewish People from Judah were exiled in Babylon during the time of his prophecies it can be seen that Ezekiel was speaking of future events when the people were returned to the Land of Israel after the exile and that his prophesies were not set in the time of the exile.

Ezekiel 37:15-28 begins with Ezekiel being commanded by God to write the name of Judah and the name Ephraim on two sticks and bring them together to demonstrate a reuniting of the twelve tribes of the Jewish People, referred in the Bible as the Northern Kingdom and Southern Kingdom. Once the tribes are united there is the promise of their eternal union under one King, the Messiah and that they will be faithful to following God’s commandments and live in perpetual covenant faithfulness.

It is generally understood that a majority of the Prophetic literature in the Bible is written in poetic form (Lecture, Exegeting the Prophets). In contrast to other Prophetic books like Jeremiah and Isaiah the Book of Ezekiel is mostly prose with only a few poetic passages including Ezekiel 7, 17 and 19 (Cook, 2012, p. 309). The fact that very little of Ezekiel is poetic is in contrast to one of the hallmarks of authentic prophecies in the Bible, the use of poetic language (Redditt, 2012, p. 598). McKeating (1995), noted that many of the poetic sections of Ezekiel are prophetic messages against foreign nations of which this passage is directed to the Jewish People scattered as Judah and Ephraim (p. 17).

Though Ezekiel 37:15-28 is not within the formal poetic sections of the Book of Ezekiel and like much of the book are prose narratives of visions which included Ezekiel 1–3; 8–11; and 37–48 (Redditt, 2012, p. 598) as was seen in our class lecture there can still be poetic elements within what appears to be prose (Lecture, Exegeting the Prophets). Though not a verbal parallelism in Ezekiel 37:15-20, there is the parallelism of two sticks one representing Judah (the Southern tribes) and Ephraim (the Northern tribes, Ephraim being a son of Joseph and grandson of Jacob). It is in these two sticks coming together that the whole of Jacob’s dispersed family would be reunited. Beyond the parallelism common to Hebrew poetry there is also poetic imagery of the two sticks joining to become one as a picture of the the future unity of Judah and Ephraim, the whole house of Jacob, the unified 12 tribes. There is also another important imagery element in the passage referring to “my Servant David” (v. 24). This can be understood as a Messianic reference to Jesus as the heir of David’s throne and promise that the unified People of Israel will be ruled by one King as they were during the united Kingdom of David. It is the Messiah that will rule over a united and regathered Jewish People forever (v. 25).

Ezekiel 37:15-28 can be understood as an unconditional prophecy as it is God’s action to bring the Jewish People back as one by His action in the same way as it was Ezekiel’s job to demonstrate the future reunion by bringing together the stick of Judah and the stick of Ephraim (vv. 15-22). Once brought together it is God that cleanses and purges all idolatry from the People (v. 23). Under the rule of the Messiah (v. 24), the cleansed People will live according to God’s commandments as their innate activity of life, this seems to parallel the promise of the New Covenant reality to Jeremiah where the God’s Law is written on human hearts and observance of God’s commands becomes the norm for all (Jer. 31:33-34).

Ezekiel 37:15-28 can be understood as a prophecy of the future fulfillment of the promises made to Abraham embodied in the Abrahamic Covenant that Abraham’s seed would be gathered to the Land of Promise and would live in blessing forever (v. 25). As mentioned above there is a connection to the promise of the New Covenant from Jeremiah 31 embodied in this prophecy of Ezekiel. In both Jeremiah 31:33-34 and Ezekiel 37:24b there are clear references to a day when the fulfilling of God’s Law is no longer by human strength or desire but will be done in the power given from God and therefore covenant faithfulness will be the norm. No longer will observing God’s Law be of human will but all of the Jewish People will walk in God’s ways and observe His commandments. A preview of this eschatological reality yet to be can be seen in Jesus’ promise in John 14:15-16 that in keeping His commandments that the disciples would be given the Spirit to empower them to continue walking in God’s ways. In the reality of the New Covenant in Jeremiah 31 and the reuniting of the Jewish People under the Davidic Messiah (a fulfillment of the Davidic Covenant) the empowering will be sealed for all eternity and covenant faithfulness will be all that can be done as all evil and sin is purged.

The above was a brief examination of the historical, cultural, literary and covenantal background of Ezekiel 37:15-28. It was seen that though Ezekiel lived during the Babylonian Exile and prophesied to the Jewish People exiled in Babylon his prophecies focused on Jerusalem and the future return to the Land of Israel. Unlike many other Prophetic books Ezekiel used Hebrew poetic forms sparingly. As to the covenantal connection in this prophecy their can be seen promises of fulfillment of the Abrahamic Covenant as their is a promise of a unified Jewish People together in the Land of Israel ruled by a Davidic King (a fulfillment of the Davidic Covenant) and a connection to the New Covenant as there is a promise of a renewed cleansed People that all lived covenantly faithful lives (Ezek 37:24) which echoes Jeremiah’s words in Jeremiah 31:33-34 where in the New Covenant all are covenant faithful and all are following God so that there is no longer need to call people to follow the Lord because all will be followers of God and subjects of His Messianic King.