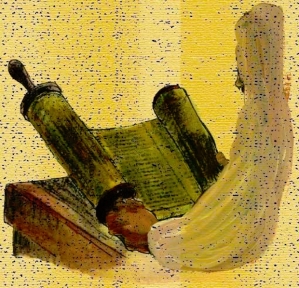 The covenant promises of the Hebrew Bible to the Jewish People begins with the covenant with Abraham that was to include blessing for him, his family and for all the world; the promise of numberless descendants and possession of the Promised Land, this paper will put forth that the covenants that follow in Scripture: the Mosaic, Davidic and New Covenants were outgrowths and expansions in the fulfillment of God’s covenant promises to Abraham.  This can be seen in Hafemann and House (2007) who wrote:

“all would agree that there are various individual covenants throughout the Scriptures, it is significant that the term for covenant in the Hebrew Bible {bërît) never occurs in the plural when describing God’s covenants with Israel.  Rather, the biblical writers refer either to a specific covenant or to ‘the’ covenant between God and his people This is because the covenants of the Bible all embody the same fundamental covenant relationship” (p. 21).

With the fall of Adam and Eve into sin that set them and their descendants separated from God and in need of salvation to restore relationship there was need for a new beginning, a faithful person to step up to be the one used to bridge the gap between God and man, that man who was chosen was Abram and the covenant made with him was the beginning of redemption history.  Starting with the Abrahamic Covenant and through the other Hebrew Bible covenants God was seeking to restore his rule and bring reconciliation, redemption and restoration of the creation marred by sin and it is in the covenants that begin with Abraham that are the context of God’s acts of salvation (Tiessen, 2012, p.234).

The covenants that follow in history, the Mosaic Covenant, Davidic Covenant and New Covenant show a continuity and expansion of the promise given to Abraham as each adds to and does not take away from the previous covenants.

In Genesis 12, the promises to Abram that are the basis of the Abrahamic Covenant is made:

“I will make of you a great nation, I will bless you, and I will make your name great; and you are to be a blessing. I will bless those who bless you, but I will curse anyone who curses you; and by you all the families of the earth will be blessed.”” (Ge. 12:2–3, CJB)

“God’s selection of Abraham for a special relationship means that Abraham is to follow God’s righteous ways and, in return, will be made the father of a great nation and of many kings” (Neusner, Avery-Peck & Green, 2000, Covenant).

Though Abraham did respond to God in faith, the Abrahamic Covenant is a condition less covenant.  The condition less nature of the covenants shows the grace of God and prefigures the unconditional self-sacrifice of Yeshua that is seen in the New Testament (Thompson, 1982, p. 508).

To Abraham was promised a holy land in preparation for possessing that holy land God gave his Torah at Mt. Sinai, known as the Mosaic Covenant to be a holy way of life for Abraham’s descendants to live in the holy land of promise.  After 400 years in Egypt, Abraham’s descendants were to return to the Land promised to Abraham.  Before entering into the Land at Mt. Sinai, God wanted to make clear to the People that He was God and the ruler of the People.  It can also be seen that the redemption from Egypt and the giving of the Mosaic Covenant was an  act of God in his working out the promise to Abraham as can be seen in Exodus 2:24:

“God heard their groaning, and God remembered his covenant with Abraham, Isaac and Jacob.”.

The giving and acceptance of the Mosaic Covenant took place at Mt. Sinai and is recorded in Exodus 19-24.  Unlike the Abrahamic Covenant that was unconditional and God was the sole party agreeing to the terms of the covenant at Mt. Sinai the covenant included requirements of obedience to the Torah (Ex 24:7) (Logos, 2014), holiness (Dt 14:2) (Logos) and wholehearted devotion (Logos) which can be seen in the beginning of the Shema, the daily affirmation of faith that is said daily by observant Jews:

““Hear, Israel! The LORD our God, the LORD is one; and you are to love the LORD your God with all your heart, all your being and all your resources.” (Deuteronomy 6:4–5, CJB)

As a conditional covenant the Mosaic Covenant included blessings including provision, protection and inheriting God’s promises (Le 26:3-13; Dt 6:3; Dt 26:18-19; Dt 28:9) (Logos, 2014) and curses including disease, drought and exile from the Land (Le 26:15-33; Dt 28:21-37) (Logos).  God is holy, the Jewish People need to also be holy to enter the Land of Promise, so God gives His holy law, the Torah to them to have a standard for holy living.  The acceptance of Torah by all the People at Sinai continues the promise to Abraham as they now have a guideline for holy living in the holy Land promised to Abraham.

To Abraham was promised a holy land, in the promise made to David of eternal rulership of his descendants, culminating in Messiah Yeshua, known as the Davidic Covenant, the promise to Abraham includes a ruler over the land promised to Abraham.  As the People of Israel began growing in the Land they began being ruled by kings.  The first king Saul, failed in his leadership and eventually lost his life to be followed on the throne by David.  David was a man who sought after God and his faithfulness was rewarded with the promise of an eternal ruler over all Israel from his line.  The initiation of the promise to David of the Davidic Covenant is given in 2 Samuel 7:11-16:

“ ‘Moreover,  The LORD will make you a house. When your days come to an end and you sleep with your ancestors, I will establish one of your descendants to succeed you, one of your own flesh and blood; and I will set up his rulership. He will build a house for my name, and I will establish his royal throne forever. I will be a father for him, and he will be a son for me. If he does something wrong, I will punish him with a rod and blows, just as everyone gets punished; nevertheless, my grace will not leave him, as I took it away from Saul, whom I removed from before you. Thus your house and your kingdom will be made secure forever before you; your throne will be set up forever.’ ””.

This promise was a blessing in the history of Israel as David’s faithfulness was remembered in history as his descendants ruled over Israel.  Though many of David’s descendants were not righteous and pursued evil, God was faithful to his promises of blessing and that the right to rule Israel would stay with David’s line as God’s faithful act to David’s faithfulness to God.  The promise was a blessing that had rulers within history, the subsequent Kings of Israel from David’s line and outside history and for eternity as we see in the New Testament’s references to Yeshua as the Messianic King who will rule and reign for all eternity that a righteous heir of Abraham will rule.   The eternal nature of the rule of David’s heir promised in the Davidic Covenant gave rise to the Messianic hope that can be seen throughout the Biblical prophets for example:

““The days are coming,” says The LORD when I will raise a righteous Branch for David. He will reign as king and succeed, he will do what is just and right in the land. In his days Judah will be saved, Israel will live in safety, and the name given to him will be The LORD our righteousness.” (Jeremiah 23:5–6, CJB)

To Abraham was promised a holy land that required a holy people so God in His love and righteousness gave the Jewish People His law through Moses, in the fulness of time God will see to the fulfilling of the New Covenant promised through Jeremiah where God’s standard of holy living will be written on human hearts making righteous living the natural activity of the People and would secure holiness before God.  The promise of a New Covenant is in the writings of the Prophet Jeremiah who wrote:

““Here, the days are coming,” says The LORD, “when I will make a new covenant with the house of Israel and with the house of Judah. It will not be like the covenant I made with their fathers on the day I took them by their hand and brought them out of the land of Egypt; because they, for their part, violated my covenant, even though I, for my part, was a husband to them,” says The LORD. “For this is the covenant I will make with the house of Israel after those days,” says The LORD: “I will put my Torah within them and write it on their hearts; I will be their God, and they will be my people. No longer will any of them teach his fellow community member or his brother, ‘Know The LORD’; for all will know me, from the least of them to the greatest; because I will forgive their wickednesses and remember their sins no more.”” (Jeremiah 31:30–33, CJB).

“In the Jewish view, both the old covenant and the new one spoken of by Jeremiah were tokens of an unbroken and unbreakable relationship between God and the Jews.” (p. 139).

Under the New Covenant holy living that is required under the Mosaic Covenant would be natural as God’s Torah is no longer an act of human observance, but holy living is the only way to live for those with the Torah written on their hearts.  The New Covenant brings to culmination the promises to Abraham as holy living, which is necessary for possession of the holy land and the blessings of promise, is no longer a matter of individual’s obedience or disobedience but acts done from a heart imprinted with God’s righteous standard, his Torah.

As we have seen the covenant made with Abraham was brought to fuller fulfillment and expanded upon by the Mosaic, Davidic and New Covenants as each of the following covenants reveal more of God’s work to reveal blessing to Abraham and his descendants and provide a holy Law, a holy King and a holy People to live fully in the blessings promised to Abraham.